Why, yesterday, in France was a stadium full of people chanting “EQUAL PAY?”

Indisputable fact no. 1: Women and men should earn the same pay for the same work.

Indisputable fact no. 2: The players on the United States women’s national soccer team earn substantially less than their counterparts on the men’s team.

The Equal Pay Act requires that an employer pay its male and female employees equal pay for equal work. The jobs need not be identical, but they must be substantially equal. Substantial equality is measured by job content, not job titles.

The Act is a strict liability law, which means that intent does not matter. If a woman is paid less than male for substantially similar work, then the law has been violated, regardless of the employer’s intent.

This strict liability, however, does not mean that pay disparities always equal liability. The EPA has several built-in defenses, including seniority, merit, quantity or quality of production, or any other factor other than sex.

Which brings us to indisputable fact no. 2, and the stadium chanting “EQUAL PAY.” 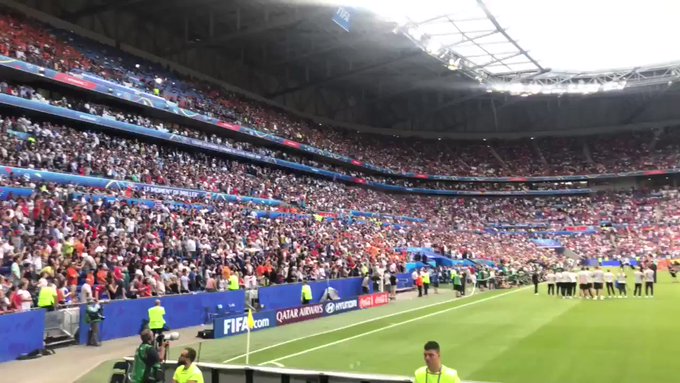 Two things of note happened in the U.S. soccer world yesterday. The women won their 4th World Cup title, dominating the entire tournament, including the Netherlands 2-0 in yesterday’s final. Meanwhile, the men lost the CONCACAF Gold Cup final 1-0 to Mexico.

The women’s team currently is engaged in a gender discrimination lawsuit against the United States Soccer Federation, claiming that the organization pays its male players way more than its female players. How much more? According to documents obtained by the Guardian, for example, each player on the U.S. women’s national team could receive more than $260,000 for winning the Women’s World Cup; each player on the men’s national team could earn more than four times that amount for winning the World Cup.

Last I checked, $260,869 does not equal $1,114,429. That’s a pay gap. Which could be legal under the Equal Pay Act, but only if it’s based on a factor other than sex. And this is where I plead ignorance. U.S. Soccer says that any pay differences are “based on differences in aggregated revenue.” I have no idea whether that’s true or false, but if true it might qualify as a “factor other than sex.”

What I do know, however, is that U.S. Soccer cannot justify these pay differences based on merit or success. The FIFA Women’s World Cup has been held 8 times — the U.S. women’s team has won four of them, and has never placed worse than third. In the same time frame, the men’s team failed to even qualify for one the 2018 World Cup, and has never finished better than the quarter-finals (once, in 2002). The U.S. women have also won four Olympic gold medals, nine out of 10 CONCACAF Women’s Gold Cups, and are the number one ranked team in world.

And, on the same day the women’s team won the World Cup, the men’s team lost the CONCACAF Gold Cup final (no offense to North American. Caribbean, and Central American soccer, but winning the CONCACAF Gold Cup is the equivalent of a AAA baseball team winning its league—it’s nice to win, but you’re not beating the best players on the best teams in world).

Based on results, it seems to me that not only should the women’s team be paid equally with the Men’s team, but that there exists a great argument for the scale to be flipped, with the women’s team earning substantially more than do their male counterparts.

So, soccer fans and legal scholars, educate me. Why are the women paid so much less than the men? I want to understand. Help me understand.