Are things really that bad for mothers at work?

But yes, if you believe Katherine Goldstein of The New York Times. In “The Open Secret of Anti-Mom Bias at Work,” she provides an anecdote about a female, feminist boss — of all people — who fired a pregnant employee based on her perception that the employee was “distracted” by the pregnancy and insufficiently “committed” to her job.

Ms. Goldstein also cites a handful of pregnancy discrimination cases where the plaintiffs won — not even a drop in the bucket compared with the vast number of successful working women who are pregnant or have maternal responsibilities — as well as a study that I’ve cited here, finding that motherhood is more likely to be viewed as a “negative” in the workplace than fatherhood.

Before I go on, please understand that I do not believe being a mother is a “negative” on the job. I believe that pregnancy, pregnancy-related conditions, and parenthood should be accommodated whenever it is possible and reasonable for employers to do so.

I happen to be a working mom myself. (My “kids” are in their 30s now, but I was working during both of my pregnancies.)

If you can do math, you have figured out from my kids’ ages that I was a working pregnant mom in the 1980s. In the first half of that decade, sexual harassment wasn’t against the law. The Family and Medical Leave Act was way off in the future. Telecommuting and flex-time? — never heard of it. I think the only computer in existence that long ago was the ENIAC. (OK, that last is an exaggeration.)

Anyway, when I announced my pregnancies, all of my employers were great — without exception. When I was pregnant with my oldest son, I worked for a daily newspaper. I voluntarily chose to resign about a month before my due date. After my son was about a year old, I decided I wanted to go back part-time. All I had to do was ask – they brought me right back to work and on the “non-standard” schedule that I’d requested. When I left the newspaper for good, it was my decision, and they told me to just say the word if I ever wanted to come back.

I was a second-year law student when I became pregnant with my second child. That summer, I clerked in maternity “dress for success” clothes at three big- to medium-sized law firms. At the end of my clerkships, I got job offers for partner-track positions from all three firms. The only thing I ever heard when I mentioned my pregnancy was “congratulations!” And, maybe, “do you know whether it’s a boy or a girl?” and “have you picked a name?”

I admit we were lucky to be law students in the ’80s. It was “morning in America.” Even so, though, I would expect workplaces today to be even better for new moms, with the Family and Medical Leave Act, a lot more women in the workplace (and in the professions), and employers who are accustomed to dealing with flexible scheduling, telecommuting, and pregnancy accommodation. Oh, and those neat little portable electronic devices that allow you to do some parts of your job from anywhere.

So, Ms. Goldstein, let’s get real.

It is true that pregnancy and motherhood often slow down a woman’s career. But I think this is primarily a result of the woman’s choice, based on two realities: (1) you can’t have it all, and (2) for many women, their kids are a higher priority than their careers. Here are some realities that every parent knows:

*Babies and small children don’t give a flip about your career or your workplace deadlines. This is not your employer’s fault. Little kids are adorable, but also very demanding. They keep you up at night. They need you all the time. They eventually grow out of it, but while this phase lasts, many parents have found that a division of labor works best. In other words, many couples find that it’s best to have one parent primarily responsible for making money and the other parent primarily responsible for taking care of the baby.

*Most couples dividing responsibilities decide among themselves that the “caregiver” should be the mother. This is not your employer’s fault. Giving primary parental responsibility to the mother makes sense from a purely biological standpoint for at least the child’s first year of life. Afterward, many couples find it easier for the mother to continue in that role. I frequently see young mothers voluntarily scaling back their careers when children come, while the young fathers really start doubling down on their careers. This phenomenon may be the basis for the stereotype that dads make great employees but moms, not so much. (By the way, I don’t agree with this stereotype, but apparently it does exist.) 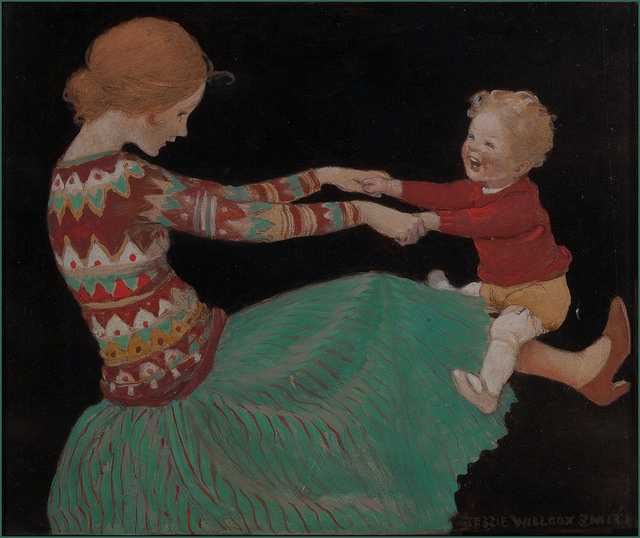 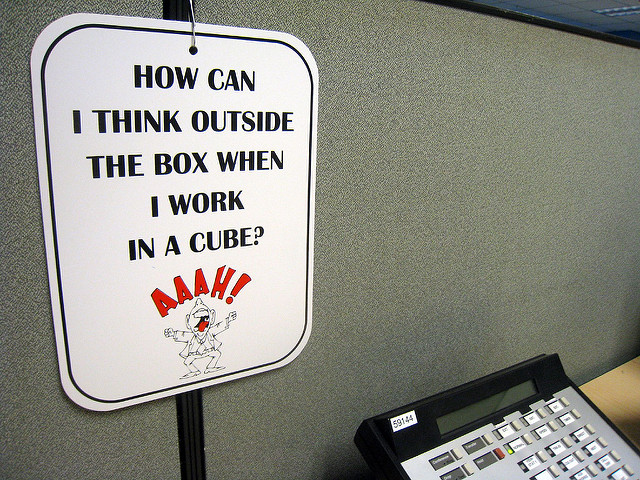 *Babies and small children, for all their demands, are often much more fascinating and fun than punching a time clock or pushing paper or doing data entry in a cubicle all day. (They’re also way cuter than most, if not all, of your co-workers.) Yes, I’ll come right out and say it: sometimes the mother devotes herself more to her children because she enjoys it and wants to do that! If you cut back on your career because you love your kid, I’m going to say this is not your employer’s fault, either. Even though your employer might try to make your job more interesting, what can compete with your baby?

*Even older kids have a lot of demands — sports, piano lessons, summer vacation, snow days, sick days, parties, sleepovers, parent-teacher conferences, homework. This is not your employer’s fault.The kids’ school day doesn’t even match the typical work day unless you are a teacher. The more kids you have, the harder it is to keep up with the logistics. With a cell phone and laptop, a mom can juggle her family and work responsibilities, but getting it all done can be difficult and stressful. This is yet another reason why part-time or laid-back work, or quitting altogether, is sometimes an attractive option for mothers who can afford it.

*Your day-in-day-out parental responsibilities don’t really ease up until the child leaves for college. This is not your employer’s fault. If you scaled back your career ambitions because of your kids, by the time they’re college age, you have lost, or fallen behind for, almost 20 years compared with your counterparts. More than 20 years if you have more than one child. Now that you can devote yourself more fully to your career, you may excel, but you’re unlikely to catch up with your peers who were going full-tilt that entire time (and maybe even taking on some of the work that you weren’t able to do because of your parental responsibilities). That’s too bad, but how can anyone say it’s discriminatory?

*I’ve known some women who were the primary breadwinners while their husbands took on most of the child care responsibility. Those women seem to be very successful in their careers. Proving, again, that this is not your employer’s fault, and not discrimination.

In short, life is a trade-off. When you choose one fork in the road, you are choosing not to take the other fork.  If you want to be CEO, then you may have to give up a lot of time with your family. If you want to have “quantities of quality time” with your children, then you may have to give up the CEO position. Parents make these choices all the time, and, generally, they do it on their own and without involving their employers in their decisions.

Based on my own experience as a pregnant worker and as a working mother, and also based on my observations about the way younger mothers are treated in the workplace, I haven’t seen any “anti-mom bias at work.” Is your employer disappointed to hear that you’re going to be on maternity leave for the next 12 weeks? Sure, but that’s only because your employer likes you so much and is counting the days until you come back.

Of course there are some “bad apple” employers here and there, as Ms. Goldstein has pointed out, but I think they’re in the minority.

Please feel free to comment about your own experiences or observations.

P.S. – I know this should have been a Mother’s Day post, but it’s Ms. Goldstein’s fault because her article didn’t come out until this week. It’s not your employer’s fault.   😉