Founder of the Law Offices of Wayne W. Williams 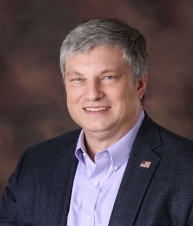 Wayne W. Williams is an attorney in private practice in Colorado Springs, Colorado. His management practice includes employment discrimination, harassment, and wrongful discharge litigation; employment law advice; traditional labor law; and wage and hour law. Mr. Williams was appointed to the Governor’s Task Force on Civil Justice Reform in 1999 by Colorado Governor Bill Owens. He served two terms as a Commissioner on the National Conference of Uniform State Laws. In addition to teaching IAML courses for over 20 years, he has taught employment law and collective bargaining classes at the University of Colorado and lectures extensively throughout the country on various employment law topics. Mr. Williams was an original editor of The Colorado Labor Letter.