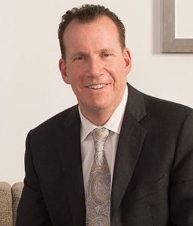 Patrick Scully is a Member in the Labor and Employment Department of Sherman & Howard’s Denver office. Patrick represents employers in all aspects of labor relations, including federal and state court litigation, representation before federal and state agencies, collective bargaining, organizing defense, labor arbitration, and other matters. He also represents employers in defense of employment discrimination claims and on various employment law matters. Patrick began his career with the National Labor Relations Board as an attorney in Regions 27 (Denver) and 22 (Newark). Prior to joining Sherman & Howard in 1998, Patrick worked as in house counsel for an international union. During 2003, he was employed as an Associate General Counsel for Anheuser-Busch Companies, Inc. Patrick is a long-standing management representative to the National Labor Relations Board practice and procedure committee in Denver and is a Chapter Editor for The Developing Labor Law.