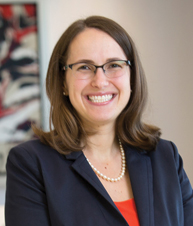 Emily’s track record of prevailing in ERISA litigation cases is why clients rely on her for counsel on regulatory compliance issues, dispute resolution, and insight to avoid future litigation. Her clients include employers, plan sponsors, and fiduciaries. She dedicates her time to pro bono services with the same tenacity.